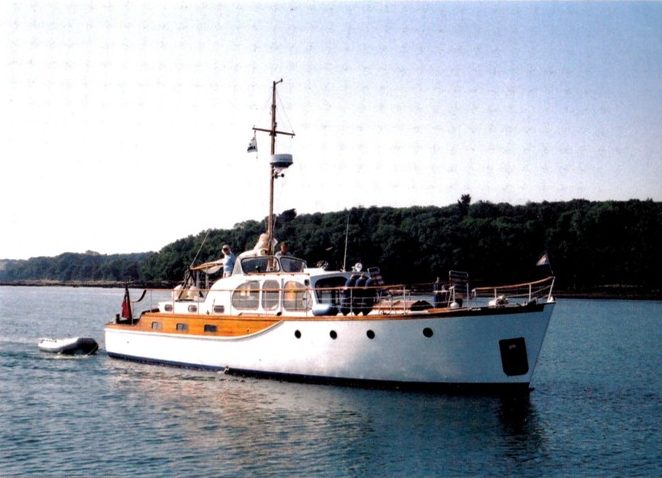 La Belle Dame, Owned for many years by Walter and Val Martin
Currently thought to be lying in the Mediterranean.

Walter, a WW11 glider pilot, and his wife Val, spent many happy years cruising in La Belle Dame and when she was eventually sold she went to Trieste, Italy.